Experience the new excursion in canoe that fits everyone!

Come try the new outdoor proposal on Lake Santa Giustina with Ursus Adventures. An easy guided canoe excursion for everyone. It teaches the rudiments of paddling, and fascinates with the stories about its magnificent canyon, full of history and nature.

The canyon was dug over the millennia by the San Romedio Rio where the famous Sanctuary of the same name is located. We, at Ursus Adventures, are particularly connected to the legend linked to Saint Romedio. It says that the saint managed to tame a bear he met in the woods during his pilgrimage. As you all know, for us, the bear is a magical animal with an undoubted charm.

The canoe excursion starts near the Plaze area at Dermulo and goes on to the last stretch of San Romedio canyon.

The last stretch of the canyon that is navigable from the Rio of San Romedio, is made up of red scale walls. It is located before flowing into the Santa Giustina Lake and is reachable by canoe. The red scale is a sedimentary rock formed about 60 million years ago. It is one of the most recent rock formations in the area, it is very friable and subject to erosion.

Rio San Romedio flows into the valley of the same name, which for long stretches assumes the shape of a canyon, mainly composed of dolomitic rock.

There are two ancient bridges that are submerged under the lake for most of the year, but which often emerge in the spring season: the Ponte dei Regiai and the Ponte della Mula.

Being at a rather high altitude, the Ponte dei Regiai emerges every year in the spring months: it is an Austro-Hungarian bridge built in the second half of the 19th century and is almost intact. The bridge is located along the ancient road of the Regiai, an important communication route that ran along the left bank of the Noce stream and led from Revò to Dermulo.

In the most downstream section of the canyon of the San Romedio Rio is located the ancient bridge of the Mula, which being at a low altitude, rarely emerges. It is a masonry bridge which, although it suffered from the damage caused by time and lake waters, still retains its characteristic arch shape. Legend says that one day the baron of Cles found himself fleeing from a crowd of Sanzeno peasants on the back of a mule. Once they reached the San Romedio stream, the mule leapt towards the shore of Dermulo and saved the baron.

At the base of the Doss della Colombara, which is located in the middle of the lake in the area in front of the dam and which during the summer is in turn completely under the water, there is instead the Ponte Alto (“pònt Àut”), which rarely emerges and is connected the two banks of the Noce river. Before the construction of the iron bridge in 1888, the Ponte Alto was the only crossing point on the Noce present in this area of the valley.

A guided canoe excursion inside this easy canyon will allow you to spend two hours of pleasant admiration towards the nature of this magnificent place, while enjoying the history that this place still has to tell.

What are you waiting for? Book your experience with Ursus Adventures.

families with kids over 15 years old

Period of the year

from may to september 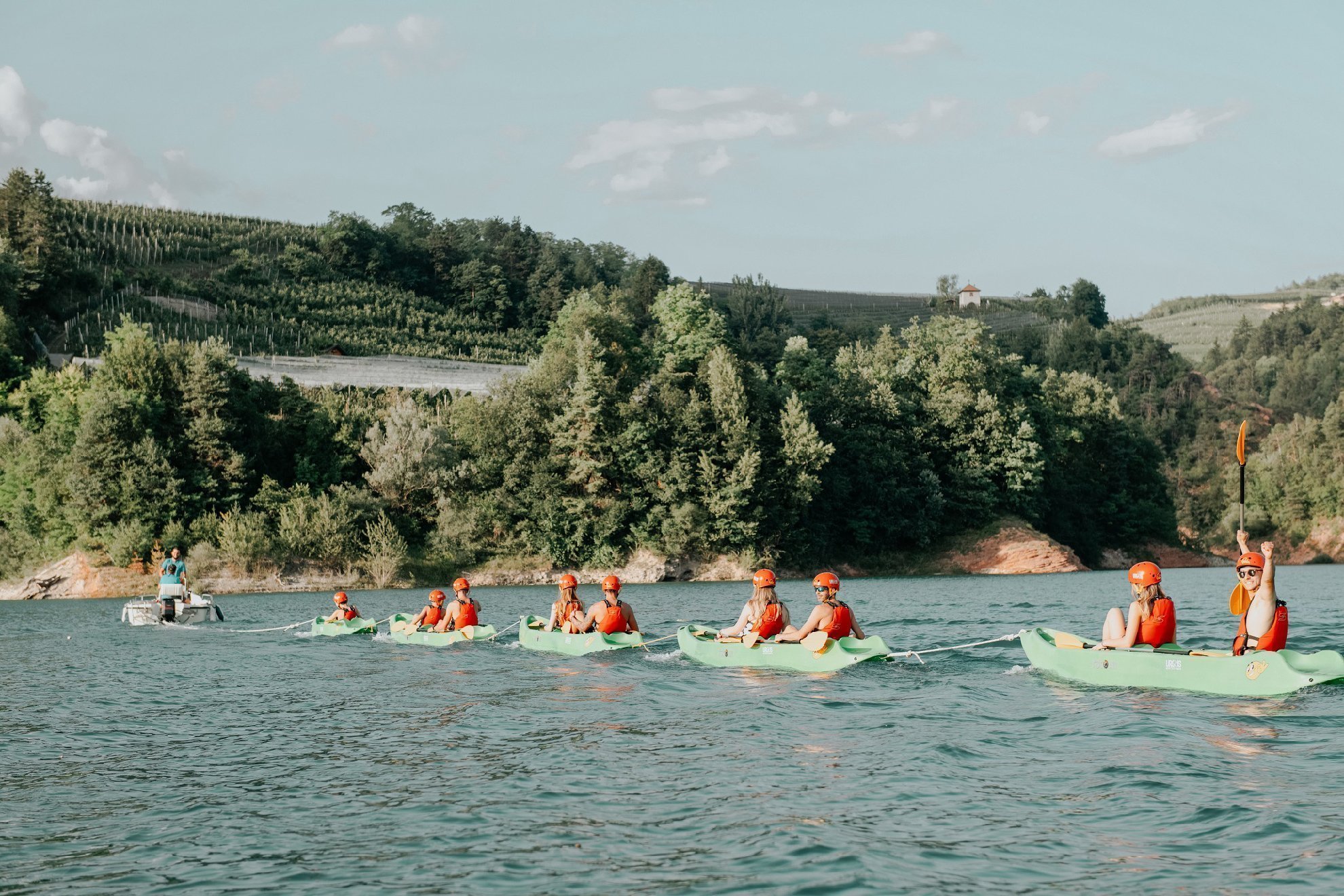 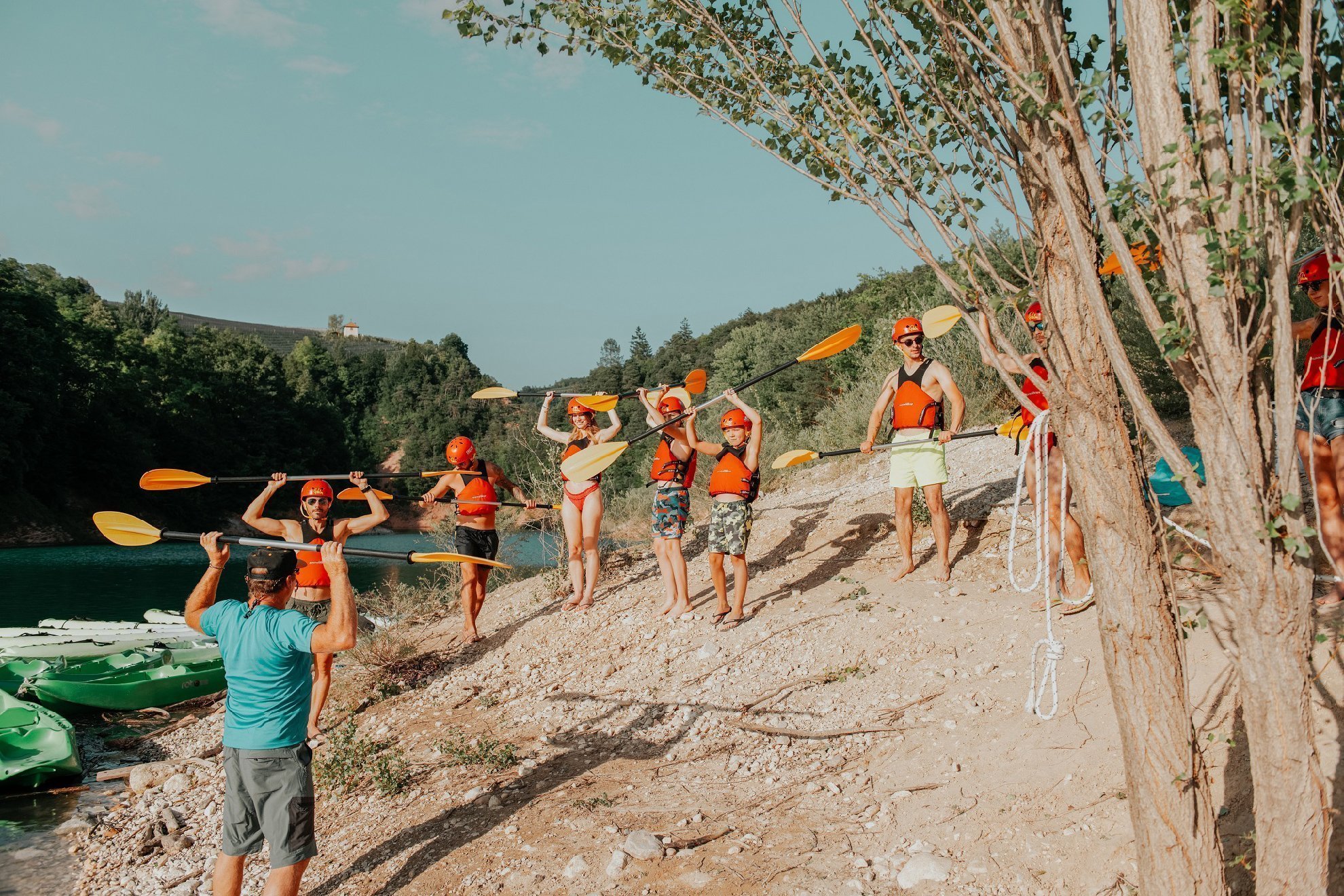 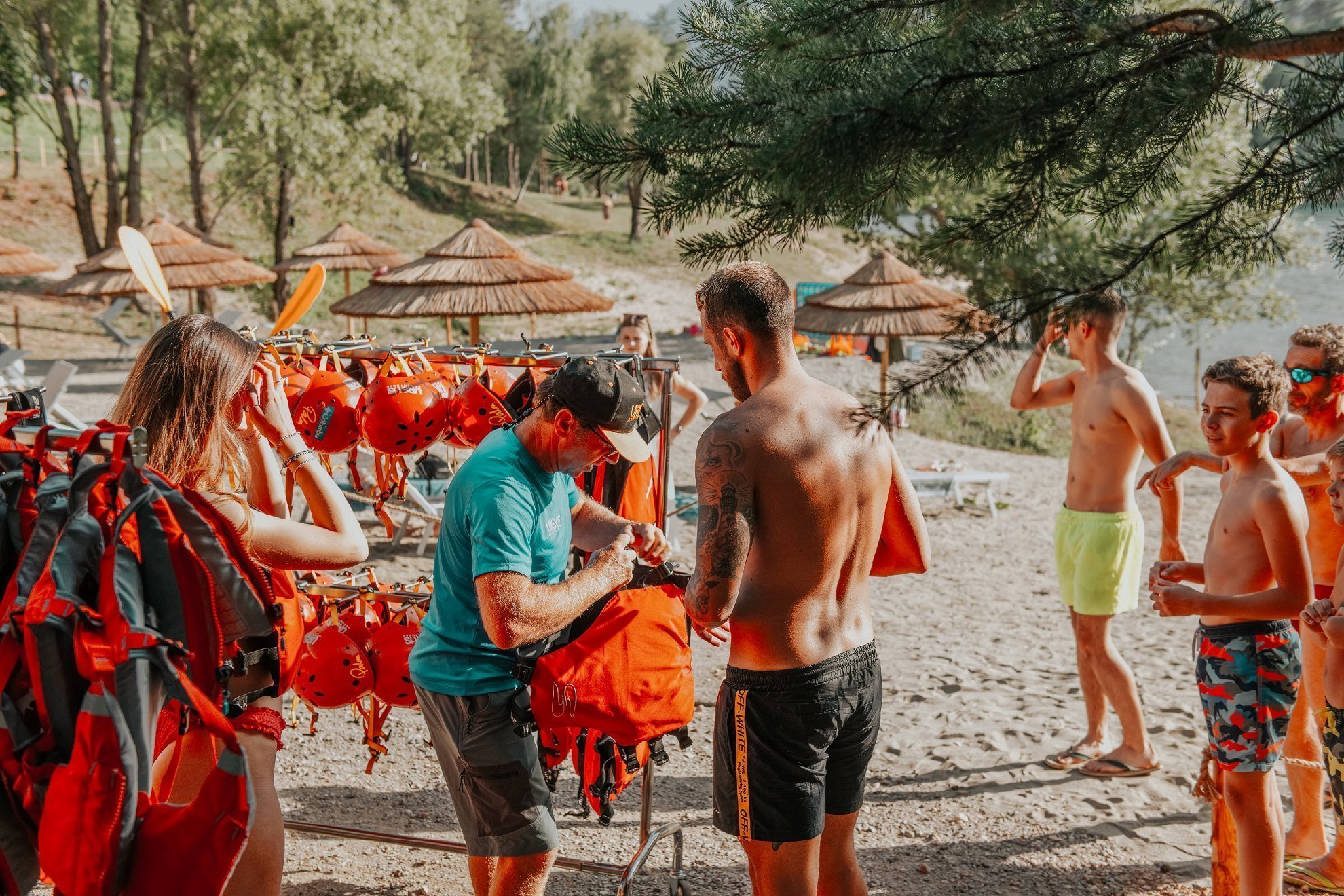